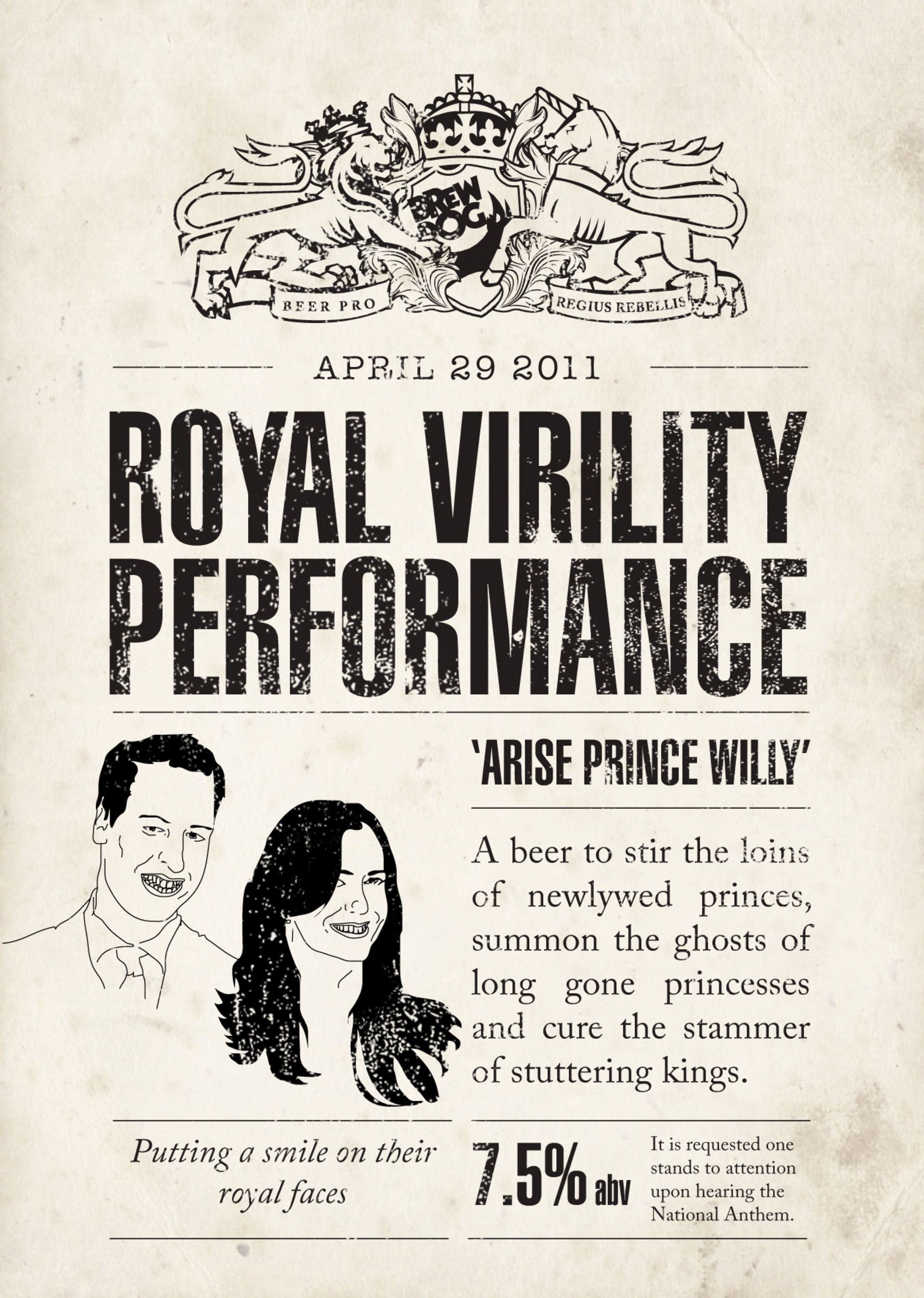 “The Royal Virility Performance is the perfect antidote to all the hype. A beer should be brewed with a purpose, not just because some toffs are getting married, so we created something at our brewery that will undermine those special edition beers and other assorted seaside tat, whilst at the same time actually give the happy couple something extra on their big day.”

“We want to make other people as passionate about great craft beer as we are and products marketed according to an event rather than their flavour is an example of what’s wrong with the industry. There is more to brewing and tasting beer than putting a royal wedding label on it, so we’re showing everyone just how ludicrous it is.”