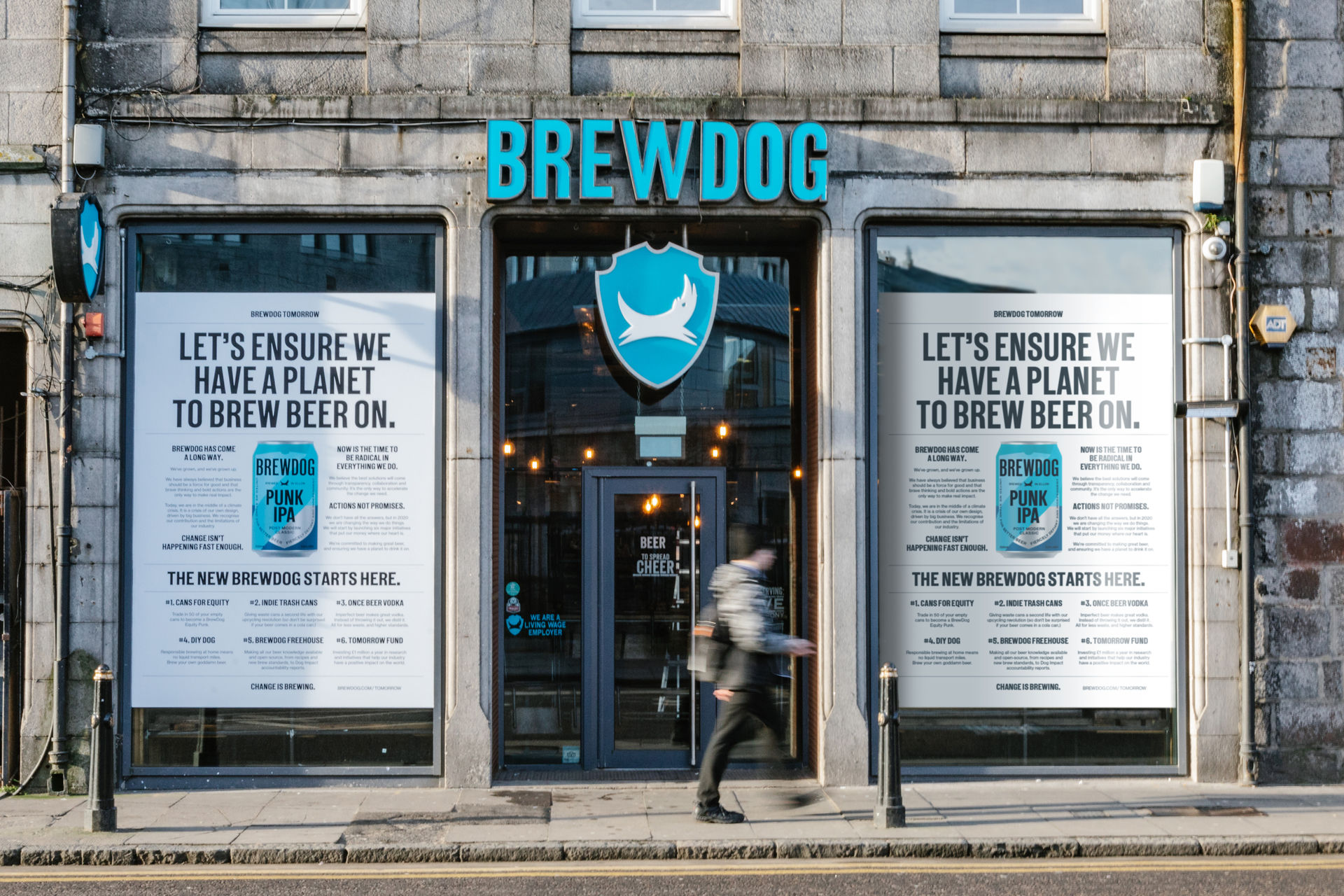 From 2007 to 2020. BrewDog have today launched their new identity and sustainability initiatives.

As it moves into its 13th year of trading, Independent craft brewer BrewDog has today unveiled a bold new visual identity, and a renewed purpose for the next chapter in its story. ‘BrewDog Tomorrow', is a plan that outlines bold actions and BrewDog’s commitment to ensuring ‘‘we have a planet to make beer for in the future”.

The maverick brewery's business journey has always gone against the grain of the traditional model. From the very beginning it has embraced the power of people through its ‘Equity for Punks’ shareholder program, now with a community of over 130,000 worldwide investors. Its most recent commitments to a better way of doing business include being a Living Wage Employer, Pawternity leave and the Unicorn Fund.

It’s been a crazy journey so far. We’ve made it here by shaking up brewing and crafting a community owned business that is 100% powered by people. This marks a new dawn, welcome to the new BrewDog.

BrewDog Tomorrow charts a new course for business as it balances profit with people and planet. It is centered around a six-point plan:

BrewDog may have grown up a bit, but our underdog spirit is as alive as ever. We want to make sure that we’re working to inspire a new kind of business, with sustainability at its core. Real change takes time. But just because change doesn’t happen overnight, doesn’t mean it can’t - if not now when? BrewDog Tomorrow is our commitment to continuously raising the bar and setting a new standard for beer and business.

In addition to unveiling its new visual identity, BrewDog has also outlined its plans to launch an array of new beers to bring more individuality to its four international breweries, 101 bars and existing beer range.

Co-Founder James Watt and Martin Dickie shook up the business world in 2010 with the launch of pioneering crowdfunding initiative Equity for Punks, an initiative that has seen the company raise £73m over six rounds, with their latest round open until April 2020.

The funds and the army of punk shareholders (130,000) has enabled the Scottish craft brewery to scale up without selling out. With over 101 bars across the globe, export into 60 countries, and a brewery in Ohio that launched in 2017, BrewDog continues to take the craft beer revolution stratospheric, whilst continuing to push the boundaries, invest in people, put the beer first, and champion other small breweries in its venues.