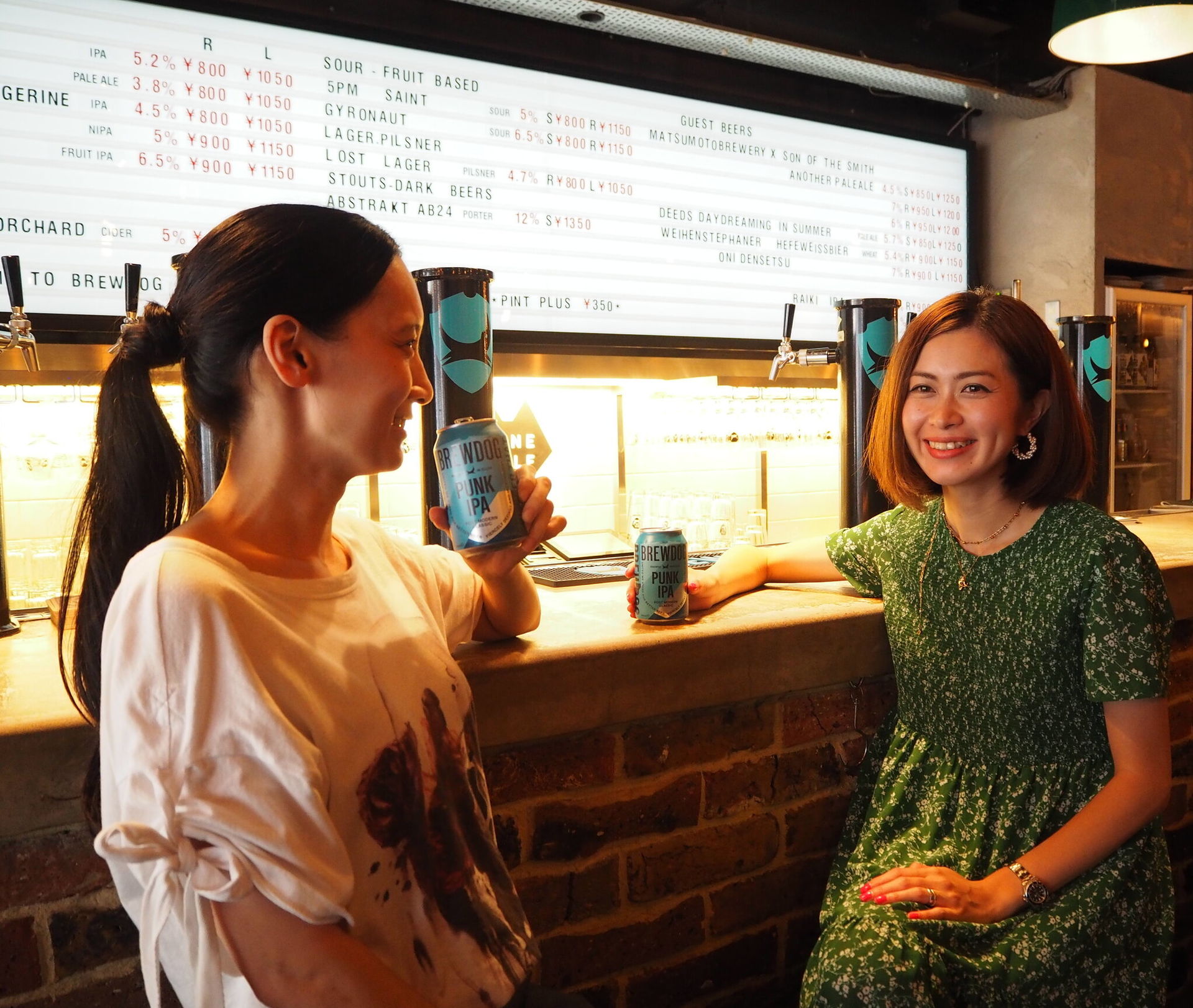 BrewDog, a leading independent craft brewer, is pleased to announce the launch of a joint venture in Japan with Asahi Breweries. Ltd (“Asahi Japan”), which will see BrewDog headliners such as Punk IPA, Hazy Jane and Elvis Juice rolled out across Japan from September 2021.

The joint venture – over which BrewDog will retain a controlling interest – will be known as “BrewDog Japan” and is the first of its type for BrewDog. It will operate as a standalone entity with its own sales, marketing and back-office teams and will focus exclusively on the distribution and marketing of key BrewDog brands Japan. Whilst BrewDog beers are already available in limited locations across Japan, the joint venture will invest to grow brand awareness country-wide and to increase significantly the number of outlets where customers can find their favourite BrewDog tipple.

Founded in 1889 in Osaka as the Osaka Breweries, Ltd., Asahi Japan is the leading brewer in Japan. A partnership with Asahi Japan provides BrewDog with a considerable new platform to accelerate growth throughout a country with a deep legacy of appreciation for craft beer. The joint venture will focus initially on growing distribution and awareness of the BrewDog brand in Japan and in time will be able to access Asahi Japan’s highly developed distribution network, leveraging its market leading position to rapidly grow BrewDog brands, in particular Punk IPA which currently accounts for 70% of BrewDog volumes in Japan, and Hazy Jane, which in its two years since launch has grown to become the second largest craft beer brand in UK supermarkets behind Punk IPA.  Other small batch craft beers within the BrewDog stable, plus cider and spirits, will continue to be imported by Whisk-E, BrewDog’s local partner since 2013.

BrewDog has explored a number of strategic options to accelerate the expansion of its business through the fast-growing Asian markets. The creation of a joint venture with the Japanese market leader provides a rapid boost to its distribution capability, while retaining its independence. The joint venture will be run by newly appointed Chief Operating Officer, Daisaku Okuda, who brings with him over 30 years experience in the drinks industry, including nearly 20 years at Asahi Japan, most recently as General Manager, Spirits & Liqueurs, with a sales and marketing team based in offices in central Tokyo, working closely with BrewDog’s HQ in Ellon, Scotland.

The announcement of a joint venture with Asahi Japan comes at a time that BrewDog has considerably expanded its international footprint, growing market share in new markets despite the challenge presented by the COVID-19 pandemic. International sales of BrewDog have grown significantly in recent years and its beers are now available in over 60 countries worldwide. With brewing operations in Ellon, Aberdeenshire; Columbus, Ohio; Berlin, Germany and Brisbane, Australia; international sales more than doubled between 2017 and 2020 and, despite the context of COVID-19, are expected to show further significant growth over 2021.

In addition to Japan, BrewDog has a growing presence across Asia. Its beers are enjoyed by customers in China, South Korea, Thailand, Hong Kong, Macau, Singapore, India, Taiwan, Malaysia and Indonesia, and BrewDog bars can be found in Tokyo, Shanghai, Seoul and Mumbai, with plans to open in New Delhi in the near future. Further announcements on the international expansion of BrewDog are expected soon.

" We’re excited to be growing our presence in Japan and, in Asahi Japan, to be doing so in partnership with one of the most prestigious names in the drinks industry. BrewDog’s beers are now enjoyed in over 60 countries around the world and it’s a great testament to the quality of our beers, not to mention the excellent taste of Japanese beer drinkers, that we have this opportunity to grow further in such a significant market.”

" With its reputation for high-quality craft beers, BrewDog already has an established fanbase in Japan. We’re pleased to launch the business operation in Japan to help bring great beer to consumers across the whole country.”

Since 2007 BrewDog has been on a mission to make other people as passionate about great craft beer as they are. From the Headliner series, which includes bold, uncompromising pack leaders like the flagship Punk IPA, to the Amplified range (beer, but turned up to 11), BrewDog brews beer that has kick-started a revolution.

Co-founders James Watt and Martin Dickie shook up the business world in 2010 with the launch of pioneering crowdfunding initiative Equity for Punks, with the latest round, Equity for Punks Tomorrow, open until September 2021. To date it has raised over £27m towards sustainable initiatives and welcomed nearly 67,000 new punk shareholders to the ranks of over 200,000 worldwide.

With over 100 bars across the globe, export into 60 countries, and breweries in Columbus Ohio, Berlin Germany and Brisbane Australia, BrewDog continues to take the craft beer revolution to the people, whilst continuing to push the boundaries, invest in their crew, put the beer first, and champion other small breweries in its venues.