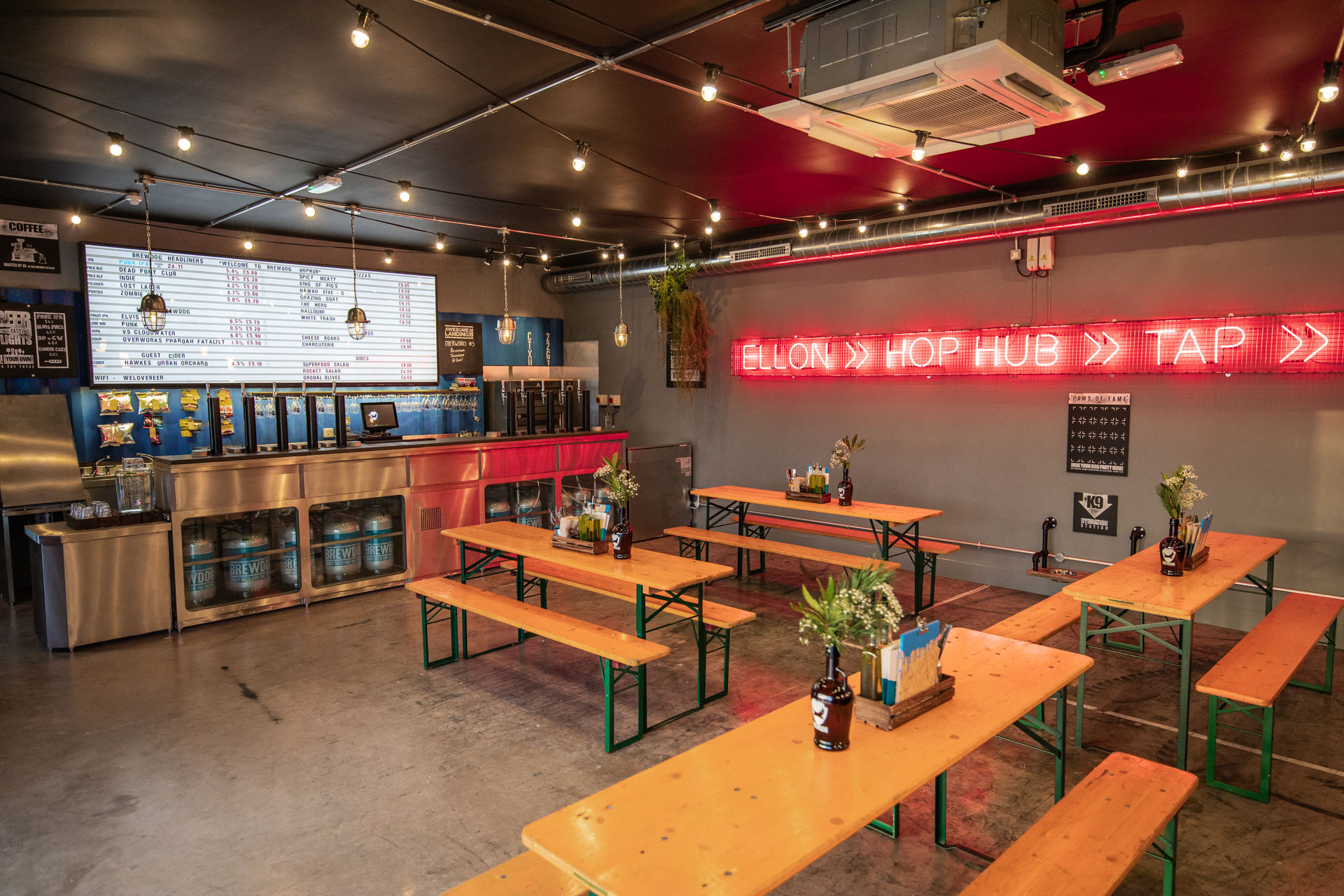 The Hop Hub taproom has ten taps of BrewDog craft beer on offer, pouring direct from the cold store and served at the perfect temperature.

Independent Scottish craft brewer BrewDog are renowned for their continued stand for beer quality, and earlier this year they demonstrated this with the opening of a 130,000ft2 fully-chilled warehouse near Glasgow, code-named the ‘Hop Hub’. Last Saturday, they demonstrated again, their commitment by opening one of their most unique bars to date.  BrewDog Hop Hub has gained its own taproom – serving up beer which is ice cold and the pinnacle of freshness.

“We are committed to going the extra mile so that you can enjoy brewery-fresh quality beer, and our Hop Hub distribution centre is at the centre of this passion. The new on-site taproom is a place where you can drink our beer as if it was just-packaged; our devotion to freshness is now open for all to see. Pull up a chair, order a pizza and discover what our lifetime obsession with beer quality has led to.

You can enjoy beer there or pick it up to go but in either case it will have remained fully-chilled for the entirety of its short life. We believe the principle of ‘store cold drink fresh’ is more than a solution for the craft beer industry – it should be a mantra that we all live by. Beer quality is the single most important thing on our radar. Hopefully the Hop Hub taproom will now be on yours.”