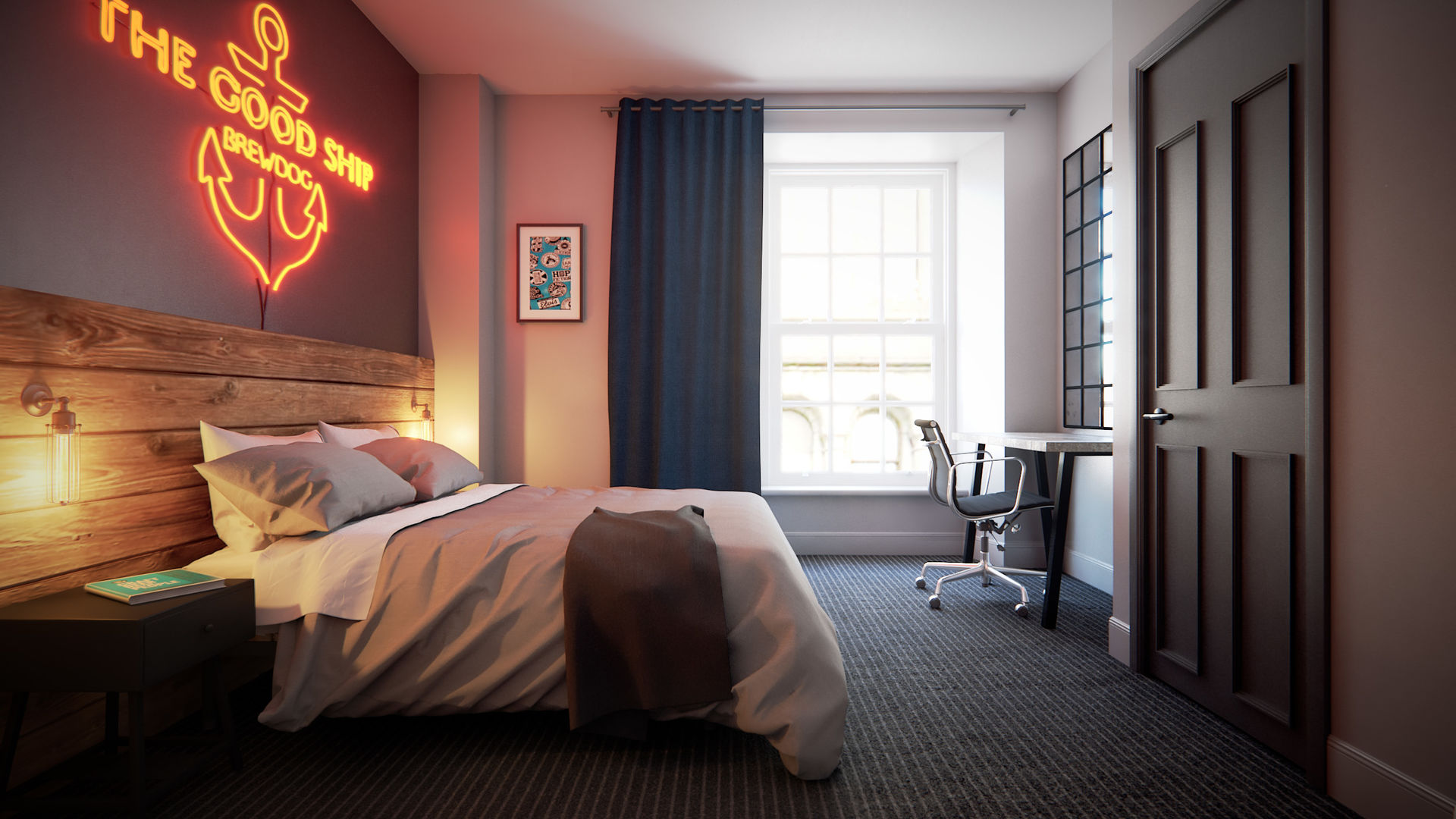 Rooms are fully dog-friendly, with dog beds and treats on offer

BrewDog announced that bookings are now being taken for stays in the Aberdeen Kennels, and can be made here. Prices for the rooms start from £75 and the brewery’s shareholders, BrewDog’s 125,000 plus Equity Punks, will qualify for a discount on booking.

BrewDog Captain and co-founder, James Watt, commented: “Our BrewDog Kennels are a revolution in accommodation, sparked by too much time spent in immediately forgettable hotel rooms. We firmly believe that where you stay in a new city should be your home from home, so have brought the spirit of our DogHouse Hotel and its reverence for great beer to a new series of mini-hotels. And what better start for the BrewDog Kennels than our home city? Aberdeen is an incredible place for craft beer so we have upped the ante with our own take on accommodation. To paraphrase the song; you can check out but you may never want to leave.”