Make mine a share: BrewDog sells company equity across the bars. 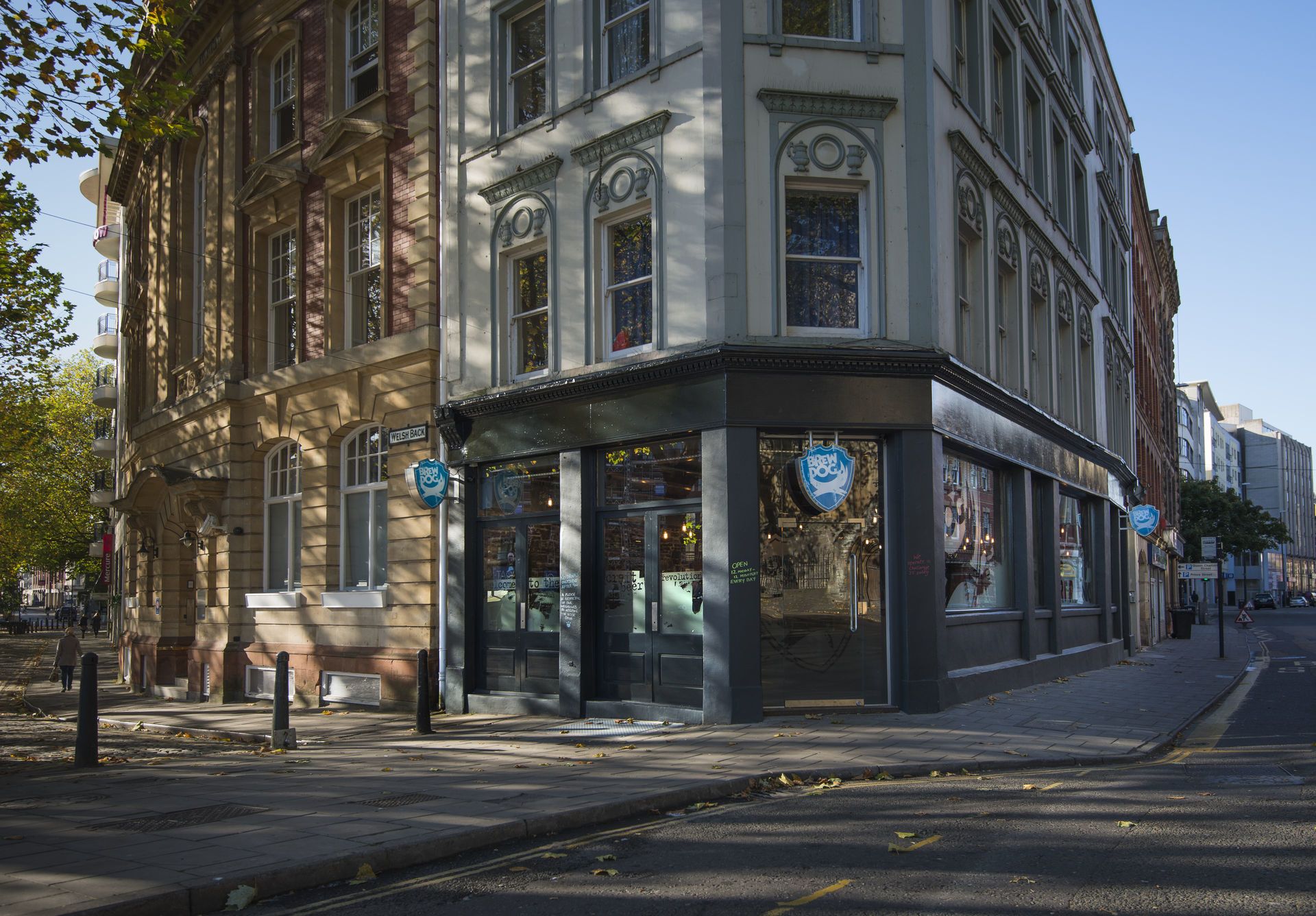 Equity for Punks shareholders are also given a lifetime discount at BrewDog’s growing portfolio of craft beer bars, and at BrewDog.com.

Scotland’s largest independent brewery, BrewDog is offering beer fans the chance to own their own bit of the bar by offering them a chance to buy company shares in its Nottingham bar on Broad Street, and all BrewDog bars nationwide.  BrewDog patrons can buy equity in the brewery alongside their Punk IPA, and gain countless benefits including a lifetime discount in their bars and online shop, as well as helping keep the bar community alive in the city.

The maverick brewery launched the pioneering crowdfunding scheme ‘Equity for Punks’ on Thursday 20th June by driving a tank around the Bank of England and raised over £1m in the first 24 hours.  The company was recently named as the fastest growing food and drink company in the UK and is valued at £100m.  With eleven BrewDog bars currently operating in the UK, and the first international bar opening in Stockholm in May, the craft beer revolution has never looked stronger.

“Making Equity for Punks available in the bars was completely logical to us. Anyone who enters one of our haunts will see a community of people who are as passionate about beer as we are and we want our loyal fans to share in our growth. Equity for Punks is rewriting the rules of business finance and it’s putting our customers at the heart of the operation.”

“The energy and passion of our investors at this year’s AGM was immense.  We could never have spread the craft beer revolution as far and wide without their help and we want to show our appreciation with a rip roaring celebration of great beer and great music. Our only problem next year will be finding a venue big enough to house all of our new punk investors!”

“This is the world’s biggest independent crowdfunding initiative. It proves that there is a viable alternative to the financial establishment and that people are looking for better places to put their money than banks,” he added. “With Equity for Punks, beer fans are able to become part of a revolution – not just redefining beer in the UK, but shifting the balance of power away from the banks and back into the hands of the people. Beer doesn’t just have to be about 7 pints of fizzy lager and a kebab to finish, people can now make a real difference in their approach to quality alcohol.”

Paul Condliffe, an Equity for Punk investor from Nottingham commented:

“Awesome beer, great bars and knowledgeable staff: any craft beer fan would jump at the opportunity to invest in BrewDog.”

“I am a complete craft beer convert since I first tasted BrewDog beer in its Edinburgh bar.  I have never looked back! It was a no-brainer for me to invest; with the bar and online discount you really can’t lose! I’ve already made back my original investment.”

Tom Archer, an Equity for Punk investor from Bristol commented:

“It was a no brainer for me.  BrewDog is a company that I have been a fan of since they were pups so once the opportunity to own shares in the company came up I immediately seized it.  I love the beers and its relentless passion and I’m honoured to share its vision for a world of better beer.”

“BrewDog is not like other breweries.  It is committed to its fans, from creating a democratically produced beer on Twitter to inviting all its investors to its rip-roaring AGM.  I wanted to show my support by investing.  I’m sure I’ve already made my money back on the discounted beer, and it lasts a lifetime.”

“I’m a BrewDog evangelist, and I don’t know many people who have had a taste of its beers and not fallen in love immediately. Buying shares in BrewDog is my way of joining its craft beer family as well as doing my bit toward its global expansion.”

“I’ve been a huge BrewDog fan for a long time and have witnessed its phenomenal growth from a couple of guys brewing in their garage to the leaders of the craft beer revolution in the UK. It’s a great feeling to know I have played my small part in BrewDog’s expansion and it’s awesome to know that my input makes their their beer taste even better.  The discounted beer definitely helps too.”

“At BrewDog’s core is a couple of regular guys who wanted to challenge the concept of what beer can be and take us along for the ride. There have been many surprises along the way and you never know where this insane journey will take us next! Knowing what the BrewDog team has already achieved and seeing the infinite potential they possess was reason enough for me to invest.”