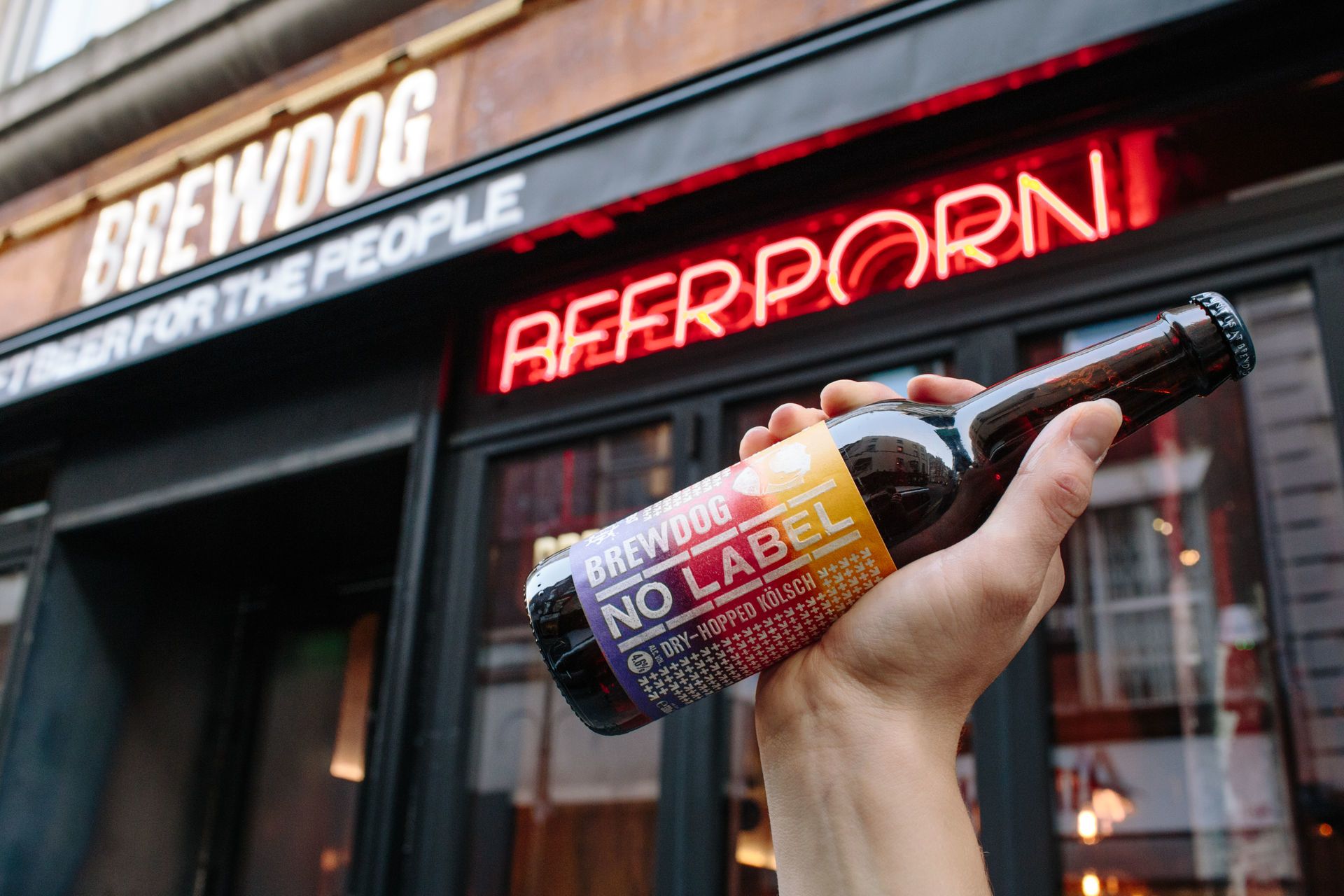 Craft brewer, BrewDog, today unveils a brand new beer using hops that have undergone a hermaphroditic gender change. The beer, which will launch at BrewDog’s new bar in Soho this week, is a Kölsch, identified neither definitively as a lager nor an ale, but can be considered both.

“No Label is a new level of innovation in beer, smashing stereotypes surrounding the brewing process and using hops discarded by the brewing industry due to their “gender issues”. Producing this non-binary, post-gender beer has been a long and careful process and we’re sure that many so-called beer purists will question its legitimacy; but we care more about freedom than labels. Diversity makes everyone and everything richer.”

Cofounder of Queerest of the Queer, Dr J, commented:

“We see a huge number of parallels between BrewDog and Queerest of the Queer – we’re cut from the same cloth and believe in much the same things. Inclusivity is a huge deal for us, and is at the heart of everything we do. When we met the BrewDog team recently, we discussed what it means to live beyond the L and G in LGBTQI+, and delved deeper into the areas where labels don’t really translate anymore. BrewDog was super responsive and respectful and we could see their approach to diversity and inclusivity in brewing is pretty close to what it means to Queerest of the Queer. We’re not putting any labels on the relationship just yet – it’s too early in to decide what this is – but that seems quite befitting of a launch of a beer called “No Label!”