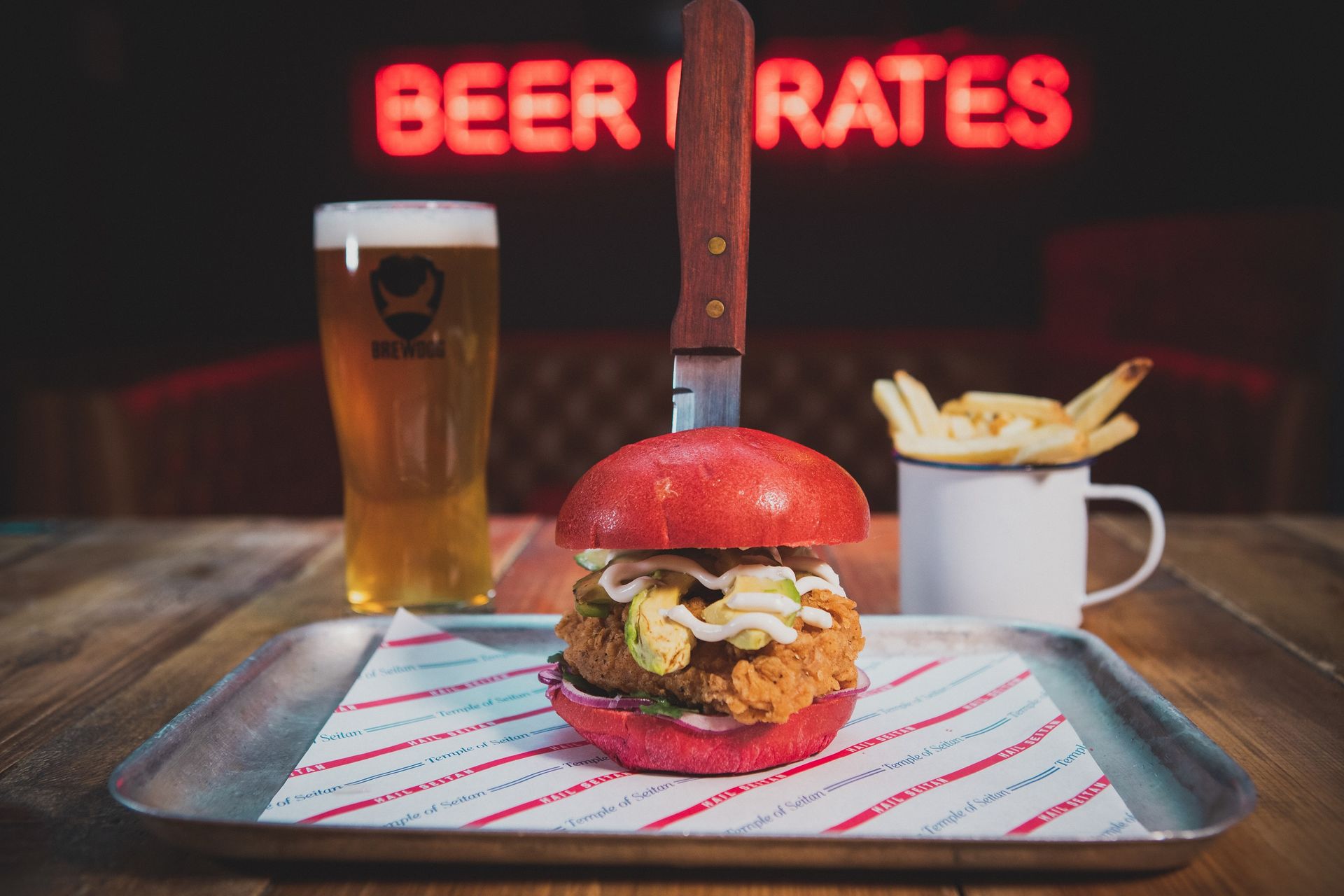 Independent craft brewer BrewDog has announced an exclusive deal with Temple of Seitan to feature their signature seitan wings and burgers in BrewDog Bars across the UK available from Tuesday, 14th January. The partnership continues BrewDog’s decade-long commitment to collaboration and at a stroke unites two of the country’s most disruptive companies in an effort to make BrewDog Bars the UK’s most sought-after destinations for the best vegan and vegetarian food.

“We are passionate in our mission to convince people that there exists an alternative to bland, mass-produced beer, and Temple of Seitan share that faith albeit for vegan food. Their unique take on fried chicken and burgers are changing attitudes across the capital – and now, with us, we hope the entire UK as well. We love working with and championing disruptors and people who craft their product with passion which Patrick, Rebecca and their team optimise. Vegan junk food and craft beer…it doesn’t get any better than that.”

“We are incredibly excited to partner up with BrewDog to feature our wings and burgers on their menu. We’ve had many opportunities to work with other establishments over the years, however what appealed about Brewdog was their shared ethics and values.  They are fiercely independent whilst also supporting other independent brands and are committed to paying their staff a living wage.  Most importantly for us they’re expanding their vegan range which will improve outcomes for animals, customers and our planet.  Their beers are a staff favourite at Temple HQ as well!

Our mission is to offer the comfort food many vegans still crave, and offer an alternative for meat eaters that will change their perceptions of veganism.  Working with BrewDog to provide our food on their menus will allow us to do that not just in London, but all across the UK.”