Vote Punk: BrewDog To Buy A Pint For Every Voter 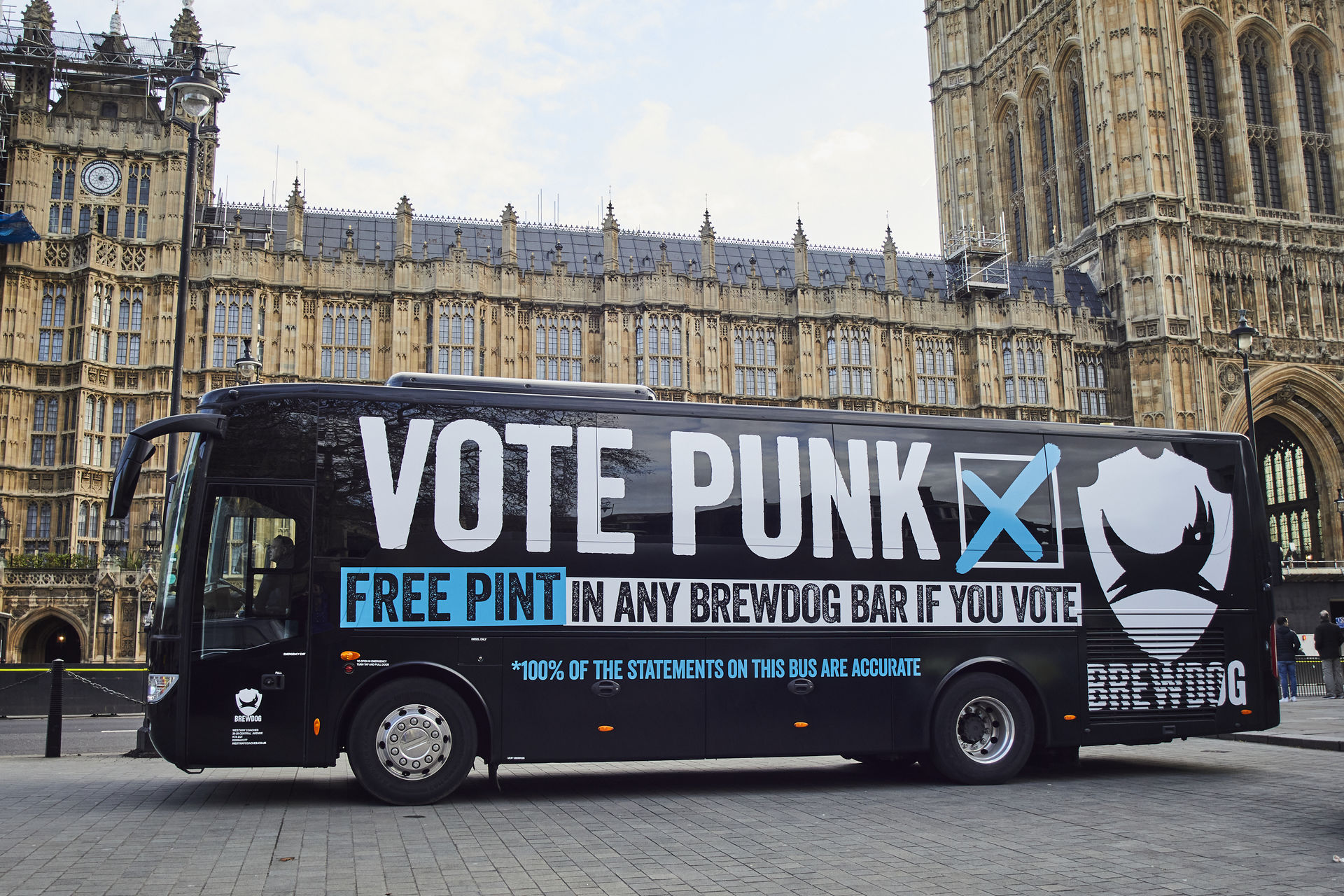 100% of the statements on this bus are accurate: BrewDog parked up outside the Houses of Parliament to highlight their own campaign

[09/12/2019]: As people go to the polls across the country on Thursday, independent Scottish craft brewer BrewDog have announced the return of their ‘Vote Punk’ campaign. The brewer is pledging that every voter can have a pint on them, no matter who they vote for. Simply show a selfie taken outside a polling station in any UK BrewDog Bar on the 12th of December.

One vote, one pint.

For more information and to located a BrewDog Bar nearest to you, please visit: www.brewdog.com/uk/bars/

‘We want to reward anyone voting in the General Election with a Punk IPA on us. Whatever your views, whatever your status, every vote was created equal. We’re not affiliated with any political party, we don’t care who you vote for but we would like to buy you a beer. Whatever is next for our country, drinking great craft beer might just get us through it’.

Since 2007 BrewDog has been on a mission to make other people as passionate about great craft beer as we are. From the Headliner series, which includes bold, uncompromising pack leaders like the flagship Punk IPA, to the Amplified range (beer, but turned up to 11), BrewDog brews beer that blows people’s minds and has kick-started a revolution.

Cofounders James Watt and Martin Dickie shook up the business world in 2010 with the launch of pioneering crowdfunding initiative Equity for Punks, an initiative that has seen the company raise £74m over six rounds, with their latest round open until April 2020. The funds and the army of punk shareholders (125,000) has enabled the Scottish craft brewery to scale up without selling out.

With over 90 bars across the globe, export into 60 countries, and breweries in Columbus Ohio, Berlin Germany and Brisbane Australia, BrewDog continues to take the craft beer revolution stratospheric, whilst continuing to push the boundaries, invest in people, put the beer first, and champion other small breweries in its venues.